The government has unveiled its flagship Levelling Up White Paper, aimed at transforming the UK by spreading prosperity and opportunity nationwide. The initiative hinges on 12 innovative new “levelling up” missions to shift the government’s resources and focus to the UK’s so-called “forgotten communities”. 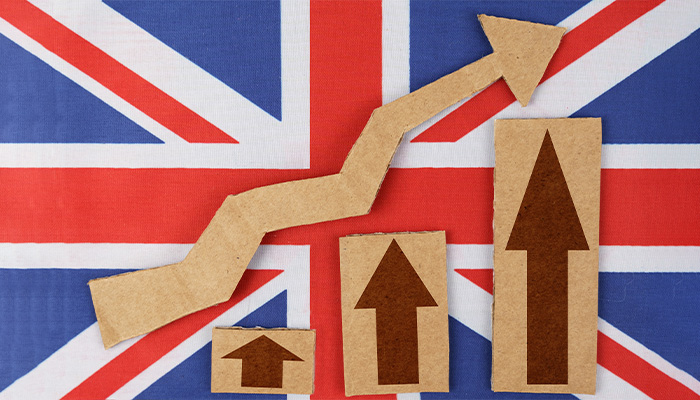 With far reaching effects on landlords assured, one of the key changes is the abolition of the controversial Section 21 “no fault” evictions that give landlords more power to get possession of their rental property from problem tenants.

If given status by law, the White Paper will be the biggest shift of power from central government to local leaders in modern times. Every part of England will be given the right to choose “London-style” powers and a mayor, should they choose to do so.

What is Levelling Up?

The decade-long Levelling Up project introduces radical new policies across the board, with domestic public investment to fund research. Development is set to increase by a minimum of 40% across the southwest, midlands and the north of England as well as in Wales, Scotland and Northern Ireland.

Michael Gove said all the proposed changes were “quantifiable” and would be achieved by 2030. The missions will be collaborative, cross-government and cross-society initiatives.

The first mission aims to see employment, wages and productivity grow everywhere, with the gap between the richest and poorest areas narrowing. Hundreds of thousands of people will be able to complete high-quality skills training courses each year.

Other plans include improving the rest of the UK’s public transport systems to London’s standards; stamping out illiteracy and innumeracy among primary school leavers; reducing the regional gross disparities in life expectancy; reducing serious crime; and rejuvenating run-down communities.

How will Levelling Up affect landlords?

Laying out plans to reduce the number of poor-quality rented homes by 50%, the White Paper aims to introduce a new “Decent Homes Standard” for all rental properties. All homes in the private rental sector will have to meet the minimum standard.

It’s the first time a UK government has introduced a national standard. There will also be a consultation on introducing a landlords’ register as part of the government’s plans to crack down on so-called “rogue landlords”.

With the aim at stopping landlords who aren’t meeting the required standards from leaving tenants living in below-standard conditions; the penalties for offending landlords will include fines and even bans for repeat offenders.

Currently, there are several city and borough-wide registers for landlords in individual areas across the UK, but no national register.

What would the minimum standards be?

The Decent Homes Standard, supported by the Housing, Health and Safety Rating System evaluation, has already caused some dissent in the government ranks. The DHS criteria include:

As it’s a subjective point of view, rather than a specific standard set in stone; the continued use of the word “reasonable” has led critics to suggest there are loopholes in the plans.

The new HHSRS requirements were announced in 2019, but the pandemic delayed plans to fine-tune the scheme. It was announced the HHSRS was “complicated and inefficient” – the government aims to revamp it.

Under the HHSRS, landlords will be tasked with improving their properties’ energy rating (EPC) to a minimum of C between 2026 and 2028. This will be encompassed in the new legislation. However, the government hasn’t finalised the plans yet. It was suggested some allowances may be made for landlords whose rental properties can’t be improved any further.

Research shows many UK rental properties are currently below standard, although the number has reduced in recent years. Figures compiled in 2006 revealed 46% of the UK’s private rented homes were classed as sub-standard. Today, the number has reduced to 23.3% without the introduction of any far-reaching legislation, leading some landlord organisations to question whether the stringent new rules are really needed.

Perhaps the biggest change will be the abolition of Section 21 “no-fault” evictions. The government says this will put an end to the “unfair situation”, when the law permits landlords to kick renters out of their homes for no reason.

No-fault evictions were abolished in Scotland more than four years ago. At the time, organisations representing landlords in Scotland claimed it would sound the death knell for the rental sector. However, this hasn’t happened, although the Scottish government simultaneously strengthened other grounds for eviction at the same time.

In the rest of the UK, landlords have called for the government to strengthen Section 8 legislation to give them more protection against bad tenants if Section 21 evictions are banned. Currently, the outlined plans don’t contain a great deal of detail.

Experts’ reactions to Levelling Up

There has been a mixed reaction to the Levelling Up White Paper. Landlords have been urged to avoid a “knee-jerk” reaction, with industry leaders saying the changes won’t mean the end for landlords. They point to the Scottish rental sector to reassure landlords increasing tenants’ rights doesn’t have a negative effect on the market.

However, some landlord groups have cast doubt on the viability of individual aspects of the White Paper. National Residential Landlords’ Association chief executive Ben Beadle agrees every tenant must have the right to live in a property that is safe and secure.

However, he fears the Decent Homes Standard isn’t the right vehicle to achieve such an important goal, pointing to disparities between the private rented sector and the social rented sector, such as the age and types of properties.

The NRLA has pledged to work with the government to ensure the standards are proportionate for each sector and can be enforced properly. It aims to make sure the reputation of responsible landlords won’t be undermined by the small number of irresponsible landlords.

Landlord services group Hamilton Fraser’s CEO, Eddie Hooker, describes the long-term plan as “ambitious” and full of a “myriad of high-level policy announcements”. However, he fears the plan to redress the unfairness of current legislation is “big on soundbites but less on detail”. He believes the most interesting announcement is the plan for a national landlords’ register and is awaiting further details on how this can be introduced.

How will Levelling Up affect homelessness?

Homeless charity Shelter’s director of campaigns, Osama Bhutta, has welcomed the White Paper as a “crucial step forward” that offers hope to the millions of people currently trapped in the “housing emergency” situation.

Shelter believes providing safe and secure homes is the key to levelling up the UK. The charity urges the government to deliver on its promises, as soon as possible, to help renters who are being “forced to live in shoddy conditions” but who are “afraid to complain for fear of eviction”.

Landlords are currently advised to wait and see what happens in the coming months as the plans are further rolled out.