Landlords face many trials and tribulations when finding the perfect tenant for their HMO property. However, as the second-largest housing sector in the UK, it can be a lucrative source of income. 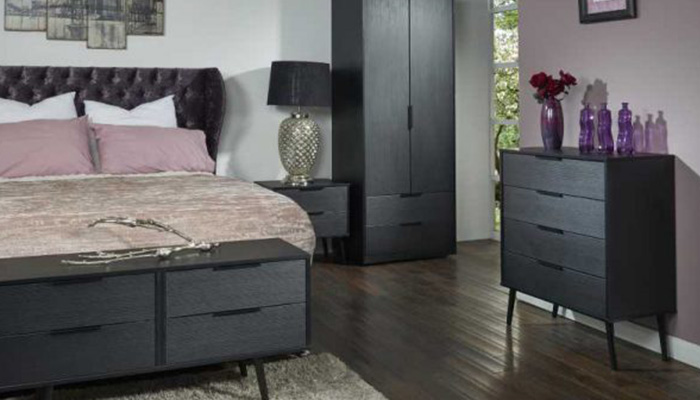 Houses in multiple occupation account for almost half a million properties in England and Wales alone – the biggest concentration in the UK. In Scotland, most HMOs are in major cities, with 87% being located across just five local authorities, including Glasgow and Edinburgh.

Has the HMO demographic changed?

Since house prices have started to increase, causing rent rises, the demographic of tenants living in HMOs has also changed. New HMO developments have steadily increased because they appeal to multiple tenant types.

Few students want to return to live with their parents after completing a university course but can’t afford a mortgage. An HMO is cheaper and offers a sense of community. This is the case for current students too, as they enjoy the social aspect.

HMOs have also become more popular among hospital and healthcare workers, who often work unsociable hours and can’t afford their own flat. More professional people in cities are choosing them and they demand higher standards.

What type of person does a landlord want?

When looking for ideal tenants, landlords should take into account the property’s location and existing occupants.

If you’re near a university, the first group to consider is students. Typically, in their first year, students will live in halls of residence, so normally, you’ll be looking for third, fourth or fifth years. Students also tend to come as a group, rather than as individuals, often with friends from their course.

Some landlords put them onto one contract, where they’re jointly liable for the total rent. This means if one leaves, the other tenants must cover the shortfall. Normally, they find another friend to move in to share the costs.

Another major group is young professionals, usually in their mid-twenties to early-thirties, who can’t afford their own place. They have probably lived in shared accommodation before at university. For those who have moved to a new city for a job, it can be a good way of meeting people.

The third tenant group comprises working people, whether it’s in an office, a factory, a shop, or some other field. They may not have lived in a shared house before but have chosen to do so because they don’t want to live with their parents, or they’ve moved for work and need a place to stay.

The fourth group contains people on state benefits, including housing costs. They may be unemployed or claim sickness benefits. Often single and living alone, they just want a cheap room in a shared house.

Experienced landlords suggest the only two groups who mix easily in the same house are the young professionals and working people, as their lifestyles are similar. Students live a different lifestyle, as do unemployed people.

There would be a high risk of personality clashes in the house if students were coming in late and bringing friends back, while the working tenants were trying to sleep, for example.

Once you’ve decided on the type of tenants you want, this can influence how you furnish your property. Many landlords choose the simple approach and invest in HMO furniture packs. This avoids the hassle of having to source and buy individual furniture items from multiple suppliers. It enables you to furnish to a range of styles to suit your budget and tenant needs. There’s the added bonus of knowing your furniture will meet legal safety requirements too.

Generally speaking, choose cheaper furniture for student households, without sacrificing on quality, as it will probably be subject to greater wear and tear.

Young professionals expect a different style of accommodation, so you’ll need to spend a bit more on furniture to achieve a style they find appealing.

Who is the perfect tenant?

When interviewing prospective new tenants, it’s important the existing tenants also approve of your choice, as it will help negate conflict.

First, ask applicants if they have experience living in a shared home. Someone who hasn’t lived in an HMO might not adapt well to the community vibe. Also, find out why they’re applying to rent from you. Answers such as moving out of their parents’ home, relocating for a job or saving for a mortgage are usual.

Ask if they have any pets. The law changed early in 2021, permitting tenants with pets to be the default. However, if you prefer your property to be a pet-free zone and you have two ideal applicants, the one without a dog might be your choice.

Ask what line of work they’re in, as this will give you an idea of whether they’ll be compatible with the other tenants. Find out what their relationship is with their current landlord. Hopefully, they’ll be on good terms and can get a reference. If they criticise the current landlord, and they’re leaving because of a dispute, this is a red flag – you will probably only ever know their side of the story.

Ask when they want to move in. Ideally, you don’t want a vacant room for too long, as you’re losing money. Someone who wants to move in next week, compared with next month, might be preferable.

What are the instant red flags?

Most landlords and agents will do a credit check on potential tenants. Someone with a bad score could be a risk. Even if they have the deposit, they may fall behind on rent payments due to financial issues.

Tenants on low income may also be unable to make rent payments further down the line, while a prior eviction is a definite red flag. If they have defaulted previously, there’s a chance they’ll do the same to you.

Obviously, no landlord references are a bad sign, as are previous late rent payments, terminating a lease early and not giving notice of leaving. Anyone who asks to pay half the deposit and the rest after moving in might have money problems. Someone who wants to move in immediately may have just been evicted.

Smelling cigarette smoke on applicants who claim to be non-smokers or seeing cat hairs on their clothes when they claim to have no pets, are also bad signs.

You shouldn’t judge a book by its cover or make a snap decision at the first viewing. Get to know the prospective tenants better by screening them properly.

The psychologist Albert Mehrabian suggests non-verbal communication is equally important. Facial expressions and body language can give off a vibe. If the applicant seems anxious, pushy, shifty, won’t make eye contact, or is vague, this can suggest they’re hiding something.

Finally, you’re more likely to find out information by asking the applicants questions in a friendly manner, rather than interrogating them. Do your homework thoroughly now to avoid expensive mishaps later.