Following the Russian invasion; the continuing conflict in Ukraine is changing the way people feel about travelling across Europe and beyond. 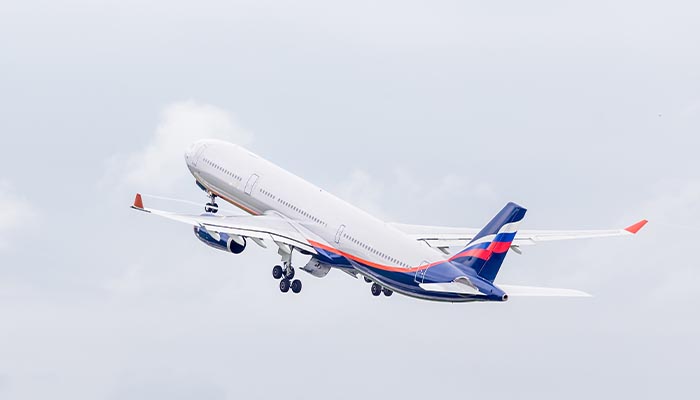 The global tourism industry has faced unprecedented challenges for the past two years due to the pandemic. Now, any hopes of recovery in 2022, as international travel restrictions are lifted, have been dashed. When Russia invaded its neighbour Ukraine on 24th February, all hopes of life returning to normal faded.

Following a continual decline in visitor numbers since early 2020, people are now avoiding travel in Central and Eastern Europe. The situation has become incredibly confusing for tourists planning to holiday abroad, so many of us are opting for a staycation again this summer.

The conflict has affected travel in many ways and the ripples felt across Europe and the world go far deeper than a fear of travelling anywhere near the war zone.

Many countries have banned Russian-operated flights from their airspace and airports. US President Joe Biden, in his State of the Union address, announced American airspace was being closed to Russian aircraft. America joined the European Union and Canada in banning Russian flights.

This has primarily affected Aeroflot, the Russian airline that operated flights to Los Angeles, Miami, New York and Washington DC. In a tit-for-tat move, Russia has also closed its airspace – a move that could impact routes to Asia. This ban on air travel is heavily impacting flights to and from European countries and the UK.

People from the UK largely stopped travelling to Eastern European destinations during this time. They are unlikely to return in the foreseeable future.

It’s not only people’s physical ability to get on a plane and travel abroad that’s being affected: rising oil prices have meant the cost of flights is increasing too. With the ongoing rises in the cost of living, many of us simply can’t afford to spend our money on expensive air fares this year.

Economists predict the significant increases in global oil and gas prices could help push inflation to a new high of more than 8% this spring. Combined with concerns about the cost of living and a fear of the Russia/Ukraine conflict, people’s wishes to travel overseas have taken a big knock, according to research by the Resolution Foundation.

As well as the disruption to flights, cruise ships are having to change course to avoid potentially dangerous waters, such as the Black Sea. Several cruise line operators have had to change their itineraries, including having to find alternative ports.

Major cruise lines such as MSC Cruises, Royal Caribbean, Silversea Cruises and Celebrity Cruises are the latest to join the growing number of cruise ships cancelling trips around Russia due to safety fears. Some have cancelled all sailings in the Black Sea. Viking has cancelled its entire summer season to Kyiv, the Black Sea and Bucharest, while British line Saga Cruises has cancelled its trips to Odesa scheduled for May.

Travellers are questioning whether it’s currently safe to travel to tourism hotspots such as Paris and Rome, despite both being around 1,500 miles from the war zone. A poll of adult travellers reveals 62% are concerned about the war in Ukraine spreading to neighbouring countries.

The research by MMGY Travel Intelligence found 47% of tourists would rather “wait and see” what happens before making any plans to go to Europe this year.

The government’s website advises it isn’t safe to travel in the vicinity of the warzone, including neighbouring Belarus. It also suggests caution around the Ukraine borders of other neighbouring countries such as Hungary, Romania and Poland – there will be long delays due to the migration of massive numbers of refugees leaving Ukraine.

The risk management company, Focus Point, advises that if people have plans to travel to mainland Europe, they should move forward with “caution”, keeping up to date with any changes in threats that could affect their safety and ability to travel freely.

How is this impacting staycations?

According to experts, the reduction in travel to Europe and beyond will impact Britain’s serviced accommodation industry. As people become more hesitant to book summer holidays abroad, they may lean towards staycations.

There is already a rise for the summer 2022 season. Research by Planday reveals 45% of Brits are likely to book a stay in the UK, with the number expected to rise as the conflict in Ukraine continues. The 35 to 44-year-old age group is most likely to book a staycation, with 67% of those surveyed saying they’re confident they will stay in UK accommodation this summer.

People who own holiday rental properties should be getting them ready for a possible increase in demand. Research shows people are looking for cleanliness when it comes to holiday accommodation, with 38% expecting thorough hygiene measures. In addition, 20% are looking for more affordable options due to the current economic crisis.

As 2022 is set to be an important year for the UK holiday industry, landlords should be preparing for an influx of tourists. Start sprucing up your holiday rentals now and plan ahead to manage the increase in demand – if you aim to meet or even exceed customer needs, you might earn yourself a returning guest!

Tourism contributes £106 billion to the British economy and supports 2.6 million jobs. In the 12 months before the pandemic, 118.6 million domestic overnight trips were made in the UK and 2022 is set for a return to growth, according to industry predictions.