When you’re a landlord, every new year brings changes in legislation – but 2021 looks set to bring rather more upheaval than usual. Some major updates are on the horizon, not least of which is Brexit on 1st January, when the UK will officially leave the European Union.

While Britain began to withdraw from the EU on 31st January 2020, we’ve been subject to a gradual transition process. As a nation, we’re officially on our own in 2021 – and nobody knows exactly what this will bring for the economy. 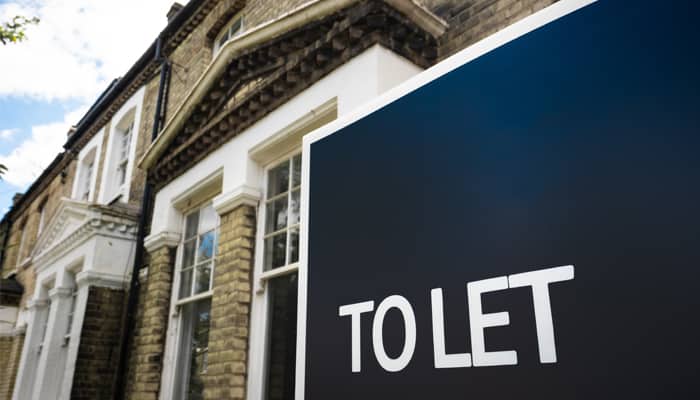 The Covid-19 pandemic has left many landlords with less income, as tenants have been unable to pay their rent due to a drop in wages. However, despite the challenges of 2020, the rental market remains stable and landlords are working with tenants to help them get back on track in terms of rent arrears and moving forward.

Now, with the New Year imminent, landlords must make a note of the important dates coming up that are going to affect their business.

This is the biggest legislative change the UK has seen since we joined the European Communities (later to become the EU) on 1st January 1973. The transition period is almost over and from 1st January 2021, we will finally leave the EU, after four years of planning and discussions.

However, it’s not all doom and gloom. While it’s impossible to see what the future holds, some UK landlords are welcoming the departure. We’ll be saying goodbye to the EU Mortgage Credit Directive, making it cheaper and easier for landlords to get a mortgage.

The biggest landlord and property investment exhibition in the UK was cancelled in 2020 due to the pandemic. It will return online on 27th January, with the virtual event offering networking opportunities, seminars with industry experts and advice on mortgages, general finances, tax and investments.

The second reading of the Dogs and Domestic Animals (Accommodation and Protection) Bill will take place in Parliament on 29th January. The proposed new law was mooted by Conservative MP Andrew Rosindell. It is backed by several animal welfare charities, including the RSPCA. It would permit tenants to have a pet without their landlord’s approval.

The online tax return deadline on 31st January is something every landlord should put in their diary, because if you miss it, you could be liable for a financial penalty. Once you’ve filed your return, the HMRC requires payment of what you owe by the same date.

From February 2021, a new law is being passed in Scotland to ensure all renters and homeowners have adequate protection from the risk of fires. All Scottish homes must have a smoke alarm in the living room, hallway and landing, a heat alarm in the kitchen and a carbon monoxide alarm near the boiler or wood burner.

Currently, landlords must give tenants six months’ advanced warning of an eviction, due to the pandemic. This has made the eviction process longer and more complicated. The temporary rule is set to end next March.

Changes in stamp duty will take place from 1st April. It will mean non-UK residents buying property in this country must pay an extra 2% stamp duty. This will impact on landlords buying properties to let if their regular address is not within the UK.

All lettings and management firms must be part of the client money protection scheme by 1st April 2021. This legislation protects tenants’ rent and deposit monies.

The new electrical safety compliance certificate comes into effect for landlords in April 2021 for every property you own. It confirms a qualified electrician has safety-tested the property’s fixed electrical installations. Any landlord without the relevant certificates is breaking the law.

The Right to Rent laws are set to change from 30th June in connection with tenants’ immigration status and whether they can legally rent a property. No-one is sure what the new system entails, due to Brexit, so it will be a case of waiting until June to find out what’s happening.

There are a number of changes planned for 2021 that don’t have a fixed date yet. The government is considering new planning regulations that will target developers in terms of minimum space and light requirements. The law is aimed at preventing developers from building homes without adequate space or natural light.

A new amendment to the Renting Homes (Wales) Act 2016 is also planned for next year. It will mean tenants in Wales being given at least 12 months’ protection from the threat of eviction when they begin a new tenancy.

The deadline for landlords to implement the UK-wide Making Tax Digital system is due to come in next year, on a date yet to be decided. It affects landlords who have a turnover of more than £85,000. They will have to send HMRC their quarterly figures digitally in future.

The abolition of Section 21, which affects how landlords can evict tenants, is also likely to happen in 2021, as part of the government’s Renters’ Reform Bill. This would mean all evictions would probably need to go through the courts.

Finally, there is speculation that an increase in capital gains tax may be introduced next year. Although it wasn’t specifically mentioned in the November mini-budget, tax increases in 2021 were said to be “inescapable”.

Although it’s impossible to predict the future, being prepared will help you to seamlessly navigate the legislation.